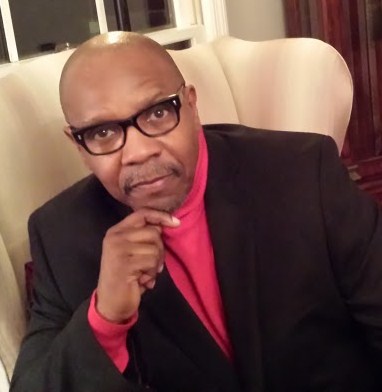 We are proud of the Board of Directors and leadership of Educational Arts Society, Inc. and look forward to the implementation, progress and success of the principles and policies established by the corporation under their leadership.

Educational Arts Society is the brainchild of nationally and internationally known Saxophonist Walter Duane Parham II of Detroit, Michigan, CEO and Founder of Educational Arts Society (EAS). EAS is a 501 c 3, non-profit organization that began in 1982. Its mission is to motivate and inspire young artists in developing a professional and artistic skill-set in art, music and theater, while increasing self-esteem, self-discipline, confidence and responsibility.

Saxophonist Duane Parham is one of the Motor City’s most beloved jazz artists. He is recognized as an innovator and top performer in Smooth Jazz, R&B and Gospel Music. Born and raised in Detroit, MI, Duane’s latest project, “Motor City Sax Appeal: My Tribute to the Motown Legends”delivers a Mo-Jazz tribute to Motown Records with guest appearances from some of the label’s most legendary performers. Duane, one of the Executive Producers on this project is joined by other talented producers such as Pat Lewis, Carl “Butch” Small and Maurice Whitsett.

As an artist, Duane has amassed several accolades acknowledging his talent and civic contributions. He is the recipient of three Mayoral Proclamations of Achievement from Mayors Coleman A. Young and Dennis W. Archer of Detroit along with Mayor Martha G. Scott of Highland Park, MI for his accomplishments in the development of Music Arts and his outstanding contribution to the progress of both communities.

He also received the Spirit of Detroit Award for producing and arranging “Dream Detroit,” a song co-written with the late Detroit Councilwoman Kay Everett. Most recently, Duane was inducted into the “Detroit Legends of Jazz Hall of Fame.” He holds the distinction of being the youngest person to join this elite fraternity at the time of his induction.

Parham extended his voice worldwide as a radio Internet DJ on EAMT  RADIO /www.eamtradio.com every Sunday 5 p.m. to 7 p.m. E.S.T.

Duane’s talents reach beyond just making music. He has written, produced, directed and performed in the musical drama, “ALONE IN THIS WORLD” a play focusing on the strength of family, the perils of drug abuse, and the spiritual uplifting from Gospel and Jazz music in the church.

Along with his many artistic pursuits, Duane still finds time to share his gifts with young people who are looking to develop their musical talents. Duane has taught music at Marygrove College at the Continuing Education Kid’s College Department, where he showcased local talent. He also taught music at St. Ambrose Academy Middle School in Detroit, MI.

True to his gospel roots, Duane serves as a saxophonist at Greater New Mt. Moriah Missionary Baptist Church, and formally served at Transforming Love Community Church, for 8 years where he serves as the Minister of Music.

Dr. Smith can be heard worldwide on numerous online radio stations as an “Expert in Helping Others Overcome the Loss of a Child/Loved One.”  Her knowledge, wisdom and experience . . . uplift, comfort and guide listeners to a pathway of peace.

Smith is the author of three books:

The Unfolding of a Rose, Medicine: A Daily Dose of Spirituality and recently published An American Story: My Family and Yours.  Five ebooks bear her name, knowledge and viewpoint on many topics.

As a business owner, Smith was President and Co-owner of Rio Boutique, an upscale women and children clothing store in downtown Detroit for 22 years.  Recently, she became a talk show host on EAMTRADIO with “Talk to the Author with the Famous Dr. Mamie Smith”–a show that reaches across America and shares heartfelt stories of numerous authors.

President of Board of Directors Janice Slappy – In Memory

Janice Slappy joins Educational Arts Society with extensive knowledge of tax liabilities relative to businesses and individuals residing in the State of Michigan.  Her knowledge of tax code changes, accounting procedures and the ability to assist in the evaluation of financial information, are essential elements the non-profit deems helpful. Further, as a tax examiner for the State of Michigan, Director of a National Housing Association, and President of a 502 c 3 organization, equip her with the “know-how” to step into the role of Presidency with ease and confidence.

We welcome Janice Slappy as President of Educational Arts Society, and look forward to her leadership in helping us reach our goal in developing a network of resources that young artists can positively explore in music, art and theater, which allows them to take advantage of a range of opportunities that traditionally may not have been available to them. 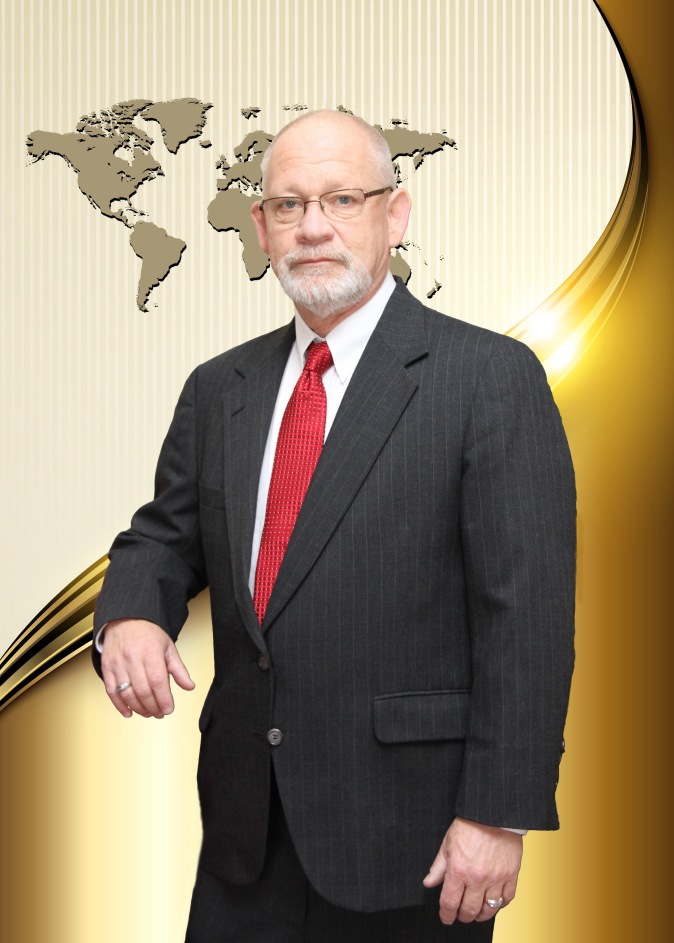 Garret Ziehlsdorf joins  Educational Arts Society with expert business acumen, service and relationship skills.  All attributes are crucial in advancing the organization toward its goals, objectives and mission statement.  We are delighted he is part of our team!

Ziehlsdorf is a native of Wisconsin, moved to Michigan in 2016, and is married with an extended family he adores. He has over 45 years of experience in the business sector, particularly as a merchandise buyer.

One can easily describe Garret as hardworking and loyal, which is evident in his ability to advance from being a janitor to Vice President of Purchasing in the span of 17 years at his first place of employment. He went on to hone his skills and excel as a buyer at other organizations, expertly determining the ideal product mix to put in stores, which best met the customers’ needs. He has strong skills in relationship management, sales, customer service and negotiations. These skills have served him well as he worked for 16 years soliciting vendor donations to benefit the Muscular Dystrophy Association, and another 12 years doing the same for the Special Olympics. He was also an integral part in the success of his organization’s annual charity golf outing.

Garret has seen first hand, with his own children, how exposure to music can enhance a child’s self esteem, ambition, confidence and academic achievement. He has also witnessed the spiritual growth that has come from their passion for music & worship. It gives him great honor to serve on the Board of the Educational Arts Society.

Carl “Butch” Small is the co-founder of World One Records Inc., GenCar Productions Inc., Class One Music ASCAP, Forever Smash Music BMI, and S.D.M. Management Inc.–all based in Detroit, Michigan and established since 1986. Carl brings over 40 years of experience in the entertainment industry. Mr. Small has been an Executive in charge of production for 10 years at a major platinum independent record label Death Row Records based out of Los Angeles, California. He has been the music director for two nationally syndicated prime time music variety TV shows for King World Syndications, Music Machine the 1987 season, and Natalie Coles’ Big Break Show for 1989 to 1990 season.

Mr. Small is also an accomplished professional musician of 43 years as a Master Percussionist, and Platinum Performer to the stars performing and recording with greats like Aretha Franklin, The Parliament-Funkadelic Family, The Dramatics, Enchantment, Quincy Jones, Michael Jackson, Patti LaBelle, The Four Tops, The Spinners, Was Not Was, Mariah Carey, Beyonce′, Dr. Dre, Snoop Dogg, 2 Pac, Ice Cube, and Eminem just to name a few. Mr. Small is also an accomplished singer, songwriter, and producer and has also appeared in several music videos and performed on several film scores. His expertise and contacts are worldwide and in huge demand.

He has booked entertainment in Nagoya, Japan at the famous Motown Voice Club along with Gladys Knight in Las Vegas, Nevada. He has also performed on over 150 distinctive albums and CD’s extending from R&B, Rap, Pop, Rock, to Gospel with approximately 25 distinctive Record labels. He has successfully engrossed in the sale of over $50 million in record and CD sales.

Carl (Butch) Small has been a fixture at Educational Arts Society since its inception. 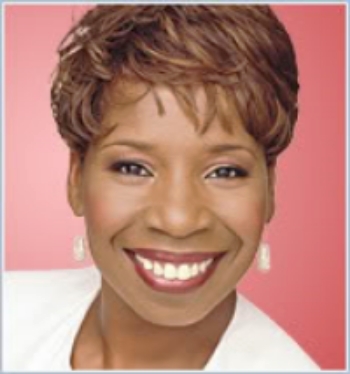 Internationally acclaimed Iyanla Vanzant joins the Board of Directors at Educational Arts Society, a 501 (c) 3 tax-exempt, non-profit organization that has as its mission to “help aspiring young artists develop professional and artistic skills in art, music and theater while increasing self-esteem, self-discipline, confidence and responsibility.”

Rev. Dr. Vanzant’s life exhibits unfathomable courage, determination, persistence and perseverance, which is a model for children across America and the world.  She has earned the respect and admiration of many, generating a well-earned tagline:  One of America’s Most Profound Spiritual Leaders. Laced with empathy and understanding, she speaks with authority, candidacy and sometimes abruptness, as she tells clients how to “fix their lives.”

Many laurels and accolades describe the contributions Dr. Vanzant has brought to the forefront of inner and higher levels of thought.  Lives have been placed on a pathway to self-respect and self-discovery, while relationships have been cemented in love and partnership.   She has published 15 books, 5 of which are best-sellers, giving her a platform as an inspirational speaker, legal advocate, spiritual teacher, author, life coach and television personality. Her educational background includes attending Medgar Evers College and Virginia Union University, a Juris Doctorate from City University of New York School of Law, and becoming an ordained minister.

In the year 2000, Ebony Magazine gave her the distinction of being one of the “100 most influential Black Americans” and Alpha Kappa Alpha selected her as an honorary member.  Television has been a centerpiece for Dr. Vanzant’s world acclaim, offering such exposure as Iyanla, a TV series from 2001 – 2002; Starting Over, Life Coach – 2004 – 2006; Oprah’s Life Class – OWN Network, 2011 – present; Iyanla, Fix My Life – OWN Network, 2012 – present; guest appearances on popular shows such as:  Tavis Smiley, Moesha, The Chris Rock Show, The Oprah Winfrey Show, Anderson Live, Super Soul Sunday, The Dr. Oz Show and Oprah Prime. Inner visions, an Institute of Spiritual Development, was founded by Dr. Vanzant in 1998.  It has a diverse curriculum, classes with a foundation based in spiritual principles and laws, and seeks to generate personal growth and spiritual evolution.  It is multi-ethnic, multi-cultural and practices divine awareness and religious tolerance.

Key ingredients behind the philosophy of Inner Visions, are discipline of the mind, spiritual awareness and devotion to a positive life purpose. Rev. Dr. Iyanla Vanzant brings to Educational Arts Society a multiplicity of resources:  wisdom, invaluable life experiences, strong sense of legality, admirable work ethnic and a solid moral foundation.  We are delighted and over-whelmed by her addition to our Board of Directors, and look forward to a successful and extended relationship.

Victoria is a Motown Ambassador, musically referred to as “The Queen.”

She was born in Detroit, MI and has used her experiences and wisdom to encourage youth in several capacities in the City of Detroit.  Ms. Griffin is a professional singer, model, business woman, jewelry designer and has worked effortlessly in marketing the radio station EAMT – The Place 2 Be!

Victoria Griffin is a strong supporter of Educational Arts Society and we are grateful to have her on the Advisory Board.

Creating a Smile” with Music

Documentary All About the Horn Players of Motown

Purchase a Product and Create a Smile

Let Every heart open with a song …